(version 3.0)
------------
This version is a total change compared to previous versions. Look at SSRG or SGD for older versions. Time to some info about changes:

Zones
There are 3 playable zones in this version:
Green Garden Zone 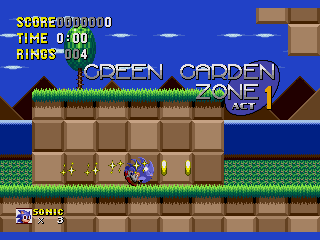 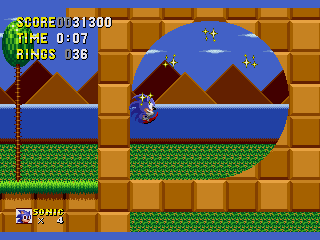 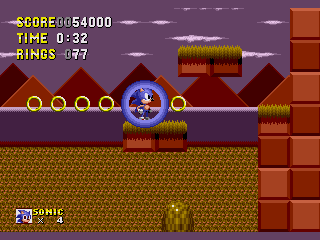 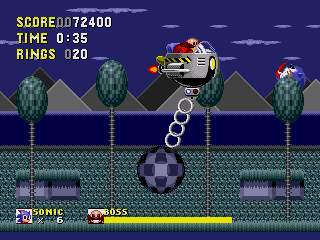 Just another Green Hill-esque zone. All 4 acts of the Zone are playable. Zone was initially meant to be a port of Azure Lake Zone from Sonic 3, but due to lack of knowledge the zone's art is totally custom. Boss fight is pretty like in previous version, but the exact fight from 2.0 is used as pinch mode.
Bridge Zone 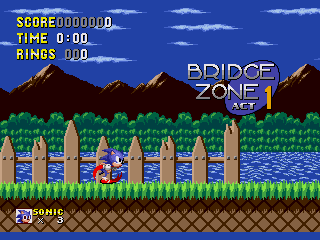 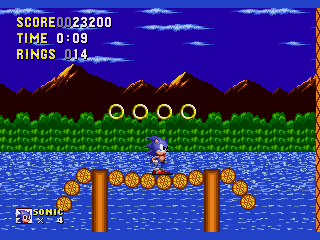 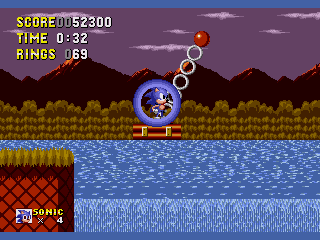 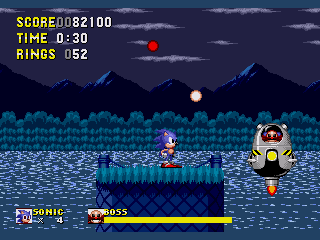 This one is from 2.0 version. The differences are acts 3 & 4, for which I did new layouts. All 4 acts of the Zone are playable. My biggest and best new thing in 3.0's Bridge is definetely the boss. I will don't tell how looks the fight, just see it by yourselves.
Cheese Cave Zone Act 1 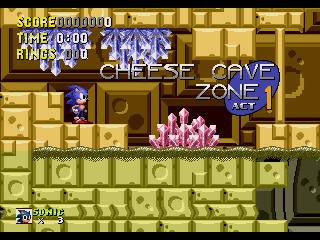 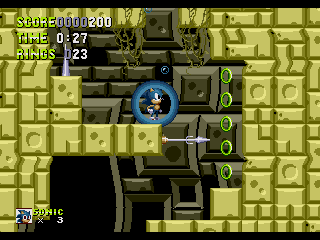 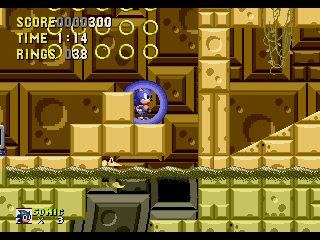 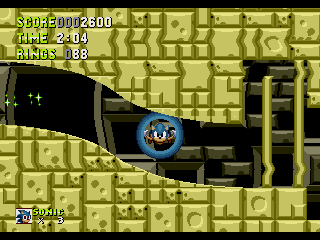 The last playable zone is Cheese Cave Zone from 2.0. Only first act is playable, but it's because I spent the longest time on making it. All the act is based on puzzles with buttons, dodging enemies and getting air. Almost all of the areas are underwater. No boss there.
Special Stages 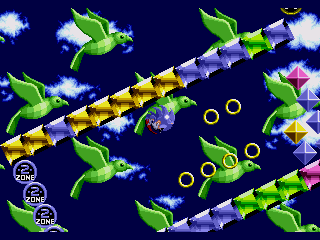 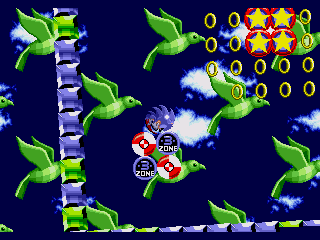 There are 3 edited Special Stages and 3 unedited. Each Special Stage have his own music. Collecting all 6 Chaos Emerald allows you to turn into Super Sonic like in 2.0.

First stage is from 2.0, so you know how it looks.

The second one is pretty short. You start in a corridor then you need to break blocks to get into a big room with emerald in center of breakable blocks.

The third one is the longest. There are 9 big rooms which are connected one with another leading to the room with emerald. There are also 2 bonus rooms, where are GOAL blocks and 1-ups.
Tip: the closer to emerald you are, the in exits from rooms are stronger. 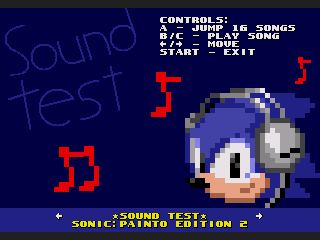 In 3.0 version there appears a totally new Sound Test menu, which allows you to listen all the songs and SFX's from the hack. More info in README.
Special Stage Rings

The Special Stage Rings, now are working like in S3&k, but of course it isn't perfect port. There is one ring per act, so you have 9 oportunities to get emeralds (and you can fail 3 times). They also act as checkpoint. I'm not giving any tips for it's locations - search them by yourselves.
Level Select Menu
Basically is nothing special, but it allows you to select one of playable acts. To access it, play 4 songs in the Sound Test in correct order.

Tip: It's on my SSRG profile.

------------
Credits and some other stuff can be found in README file.
------------
DOWNLOAD
I hope you'll like it. Feel fre to comment, write suggestions and report any problems other than from setcion "Known issues" (with description what happened and what you did to trigger it).

INB4: I didn't cancelled The Main Zone, Skill Shop and the things from 2.0. Just they aren't playable.